The nerve center of the Pirelli group, called HQ2 (being the second Headquarters of the famous company), designed by the same architect Vittorio Gregotti, is located in the Bicocca area and faces the main offices of Bicocca University.

In fact, the HQ2 project was conceived as the completion of the geometry of the base on which the volume of the HQ1 is set and, thanks to the adoption of large and tall windows, aims at achieving a close relationship with the adjoining Bicocca park.

The new volume consists of two underground levels, a ground floor and five floors above ground. On the ground floor, a double-height entrance hall was designed featuring two large green patios: the first is circular and covered in glass while the second one houses the corporate nursery. The five floors above ground host the computer labs, meeting rooms, waiting rooms, break areas, planted terraces, as well as service rooms.

SCE Project has been involved in the concept, developed, technical and construction structural design and in the technical assistance on site of the Pirelli Re Headquaters HQ2. 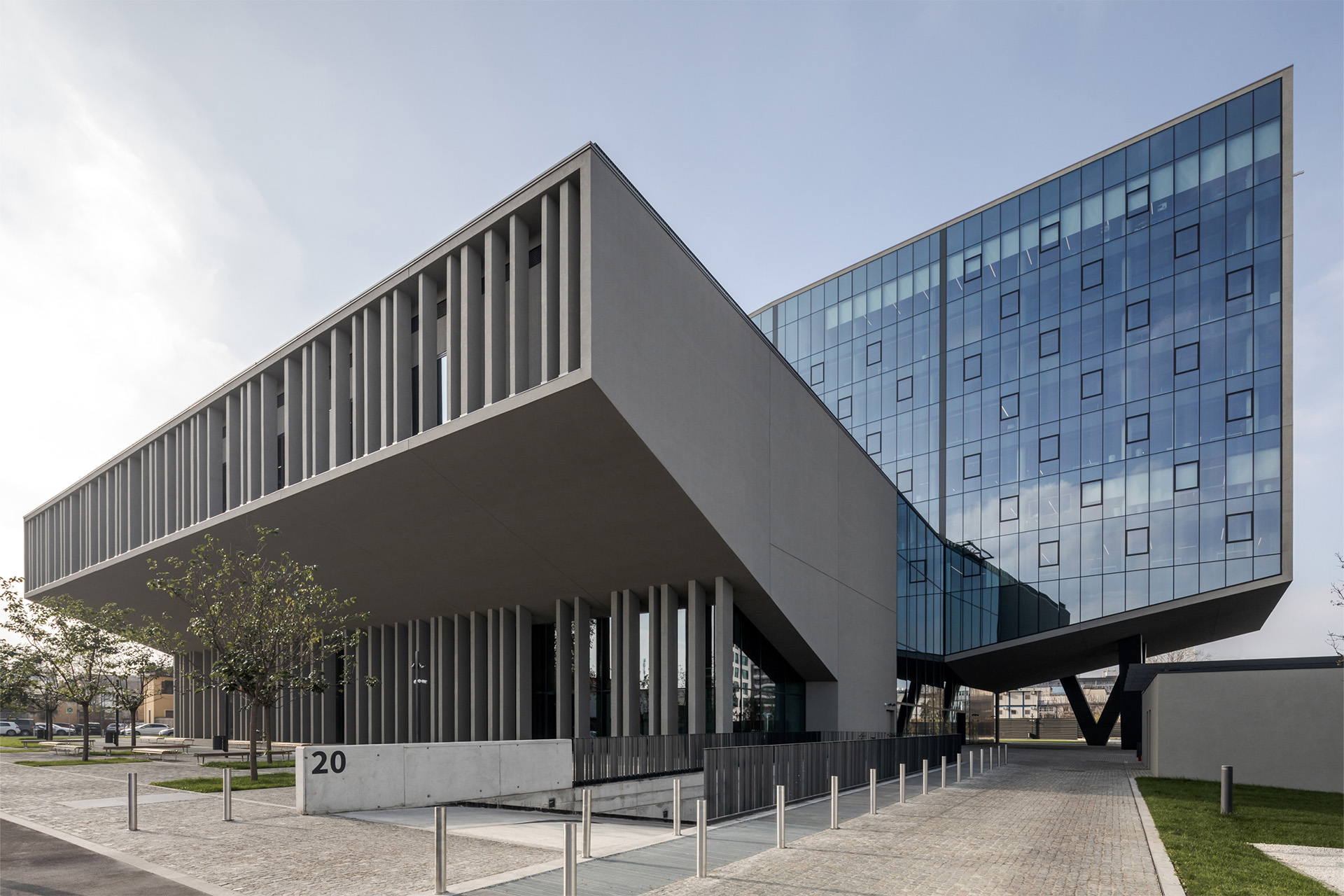